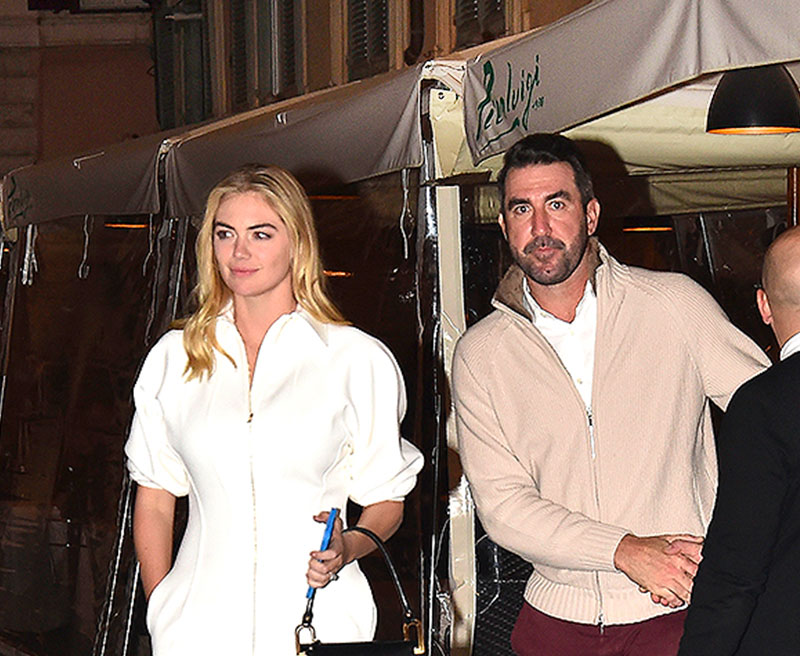 Kate Upton looks incredible in white midi dress as she shares a kiss with husband Justin Verlander during romantic dinner in Rome.

By SEAN O’GRADY FOR MAILONLINE

Kate Upton looked on cloud nine as she enjoyed a romantic dinner with her husband Justin Verlander at Pierluigi Restaurant in Rome, Italy on Saturday.

The couple, who were joined by friends, appeared in good spirits on the outing where they were seen sharing a kiss in the swanky venue. The Sports Illustrated model, 29, cut a trendy figure as she donned a white short-sleeved midi dress. The actress added height to her frame with a pair of black ankle boots while she let her blonde locks fall loose down her shoulders. Sporting a pair of gold earrings, Kate completed her look for the evening with a black handbag. 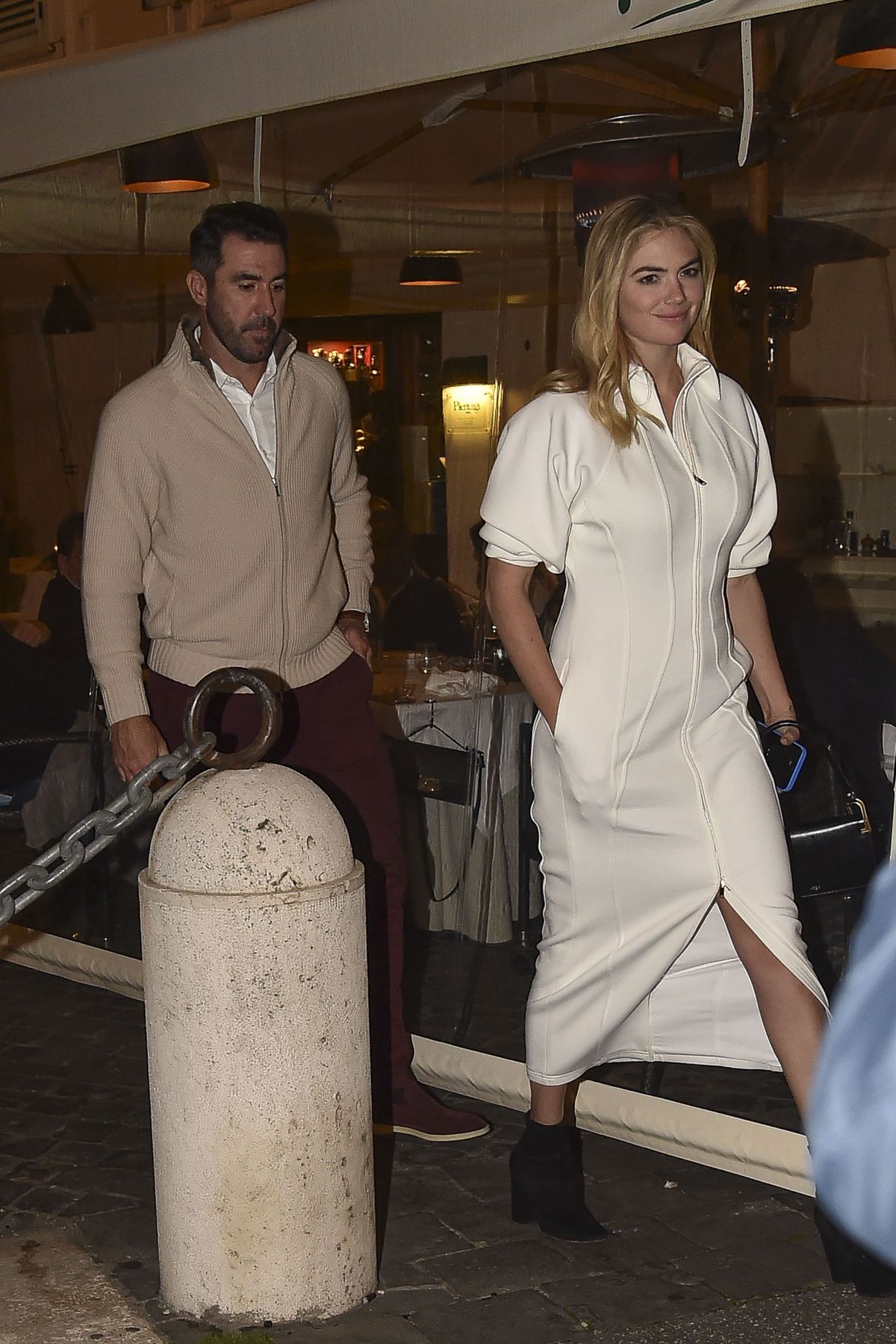 Baseball star Justin, 38, sported a beige jumper which he paired with a white T-shirt and burgundy trousers. Earlier this month, Kate took to Instagram to celebrate her four-year wedding anniversary with Justin. 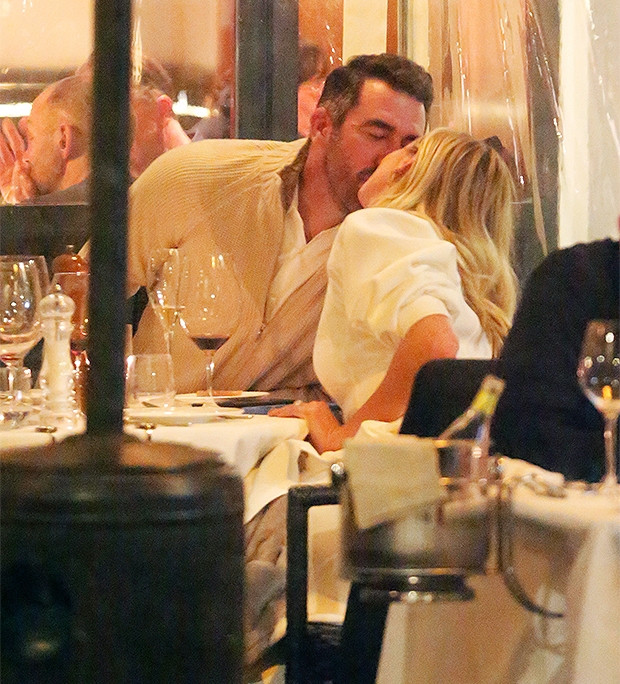 Smooch: The couple, who were joined by friends, appeared in good spirits on the outing where they were seen sharing a kiss in the swanky venue.

The Layover star captioned the shot, ‘Happy anniversary to the love of my life! Thank you for being the most incredible father, husband and best friend. 4 years down, forever to go! I love you @justinverlander!’

Kate wore a long-sleeved navy blue dress with white highlights, with her blonde locks down and parted. She rounded out the ensemble with white heels. Justin looked sleek in a grey suit with white shirt and pink tie, brown shoes and a pair of sunglasses.

The St. Joseph, Michigan native and MLB pitcher tied the knot in Tuscany, Italy on November 4, 2017 in front of family and friends. 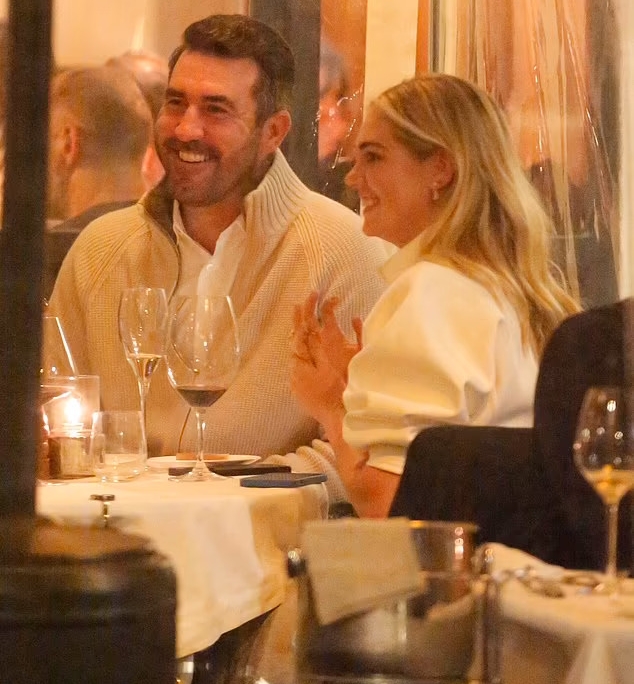 The ceremony occurred days after the Houston Astros defeated the Los Angeles Dodgers in the World Series. The model and two-time Cy Young award winner welcomed Genevieve on November 7, 2018. Justin, who has been active in the major league since 2005, has been limited to one start over the past two seasons with arm injuries, and underwent surgery in October of 2020.

Following the end of the World Series, he became a free agent. On November 17, Justin agreed to a one-year deal for $25 million to return to the Astros. He told reporters earlier this year that he plans to play baseball ‘until the wheels fall off,’ according to MLB.com.

Happy new year mr. #ralphfiennes it is always a pl

Happy new year to everyone