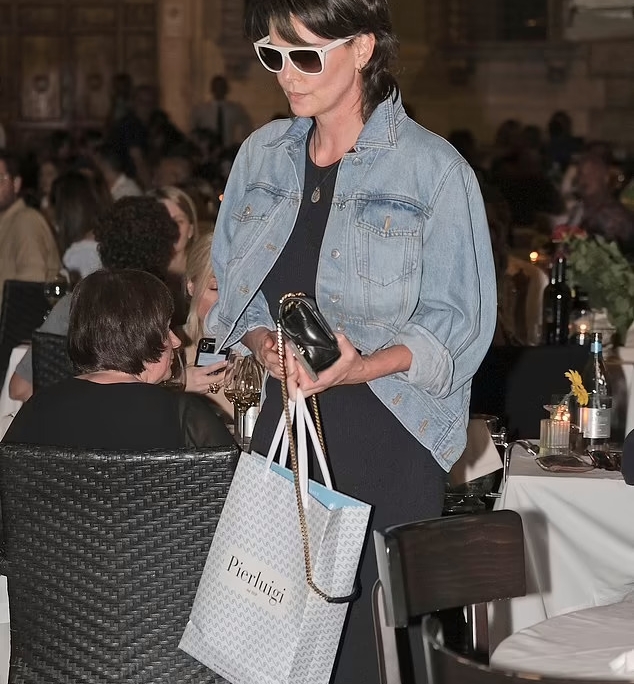 Charlize Theron looks every inch the doting mother as she enjoys a family meal in Rome with daughters Jackson, 10, and August, 7.

By CODIE BULLEN FOR MAILONLINE

Charlize Theron looked every inch the doting mother on Saturday as she enjoyed a family meal with her daughters and her beloved mum in Rome, Italy.

The Oscar-winning actress, 46, looked effortlessly chic in a black midi dress and a blue denim jacket.

She looked chic in white rimmed sunglasses while hugging her kids Jackson, 10, and August, seven at the restaurant Pierluigi.

Charlize looked radiant as she opted for a subtle bronzed makeup look while flaunting her new jet-black hairdo. Charlize is set to star in superhero film sequel The Old Guard 2 after playing Andy in the 2020 picture. 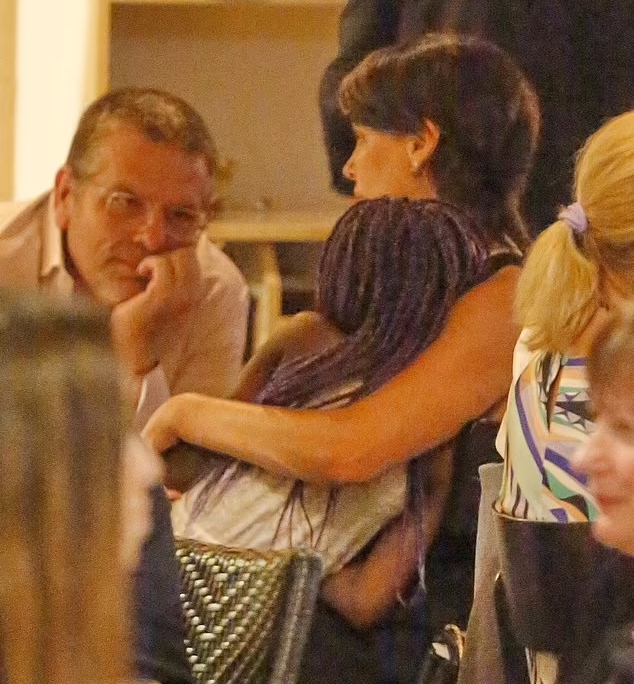 Family: The star hugged her kids Jackson, 10, and August, seven at the restaurant Pierluigi

The sequel will be directed by Victoria Mahoney, and other cast members returning are Kiki Layne, Matthias Schoenaerts, and Marwan Kenzari, according to Variety.

Mahoney has worked on notable action and drama projects, such as Star Wars Episode IX: The Rise of Skywalker, and HBO series, Lovecraft Country.

The 2020 Netflix film from Skydance Media did incredibly well when the movie was officially launched on the streaming site.

The Old Guard became one of Netflix’s most popular and most watched action films, with 186 million hours viewed in less than a month, Variety reported. 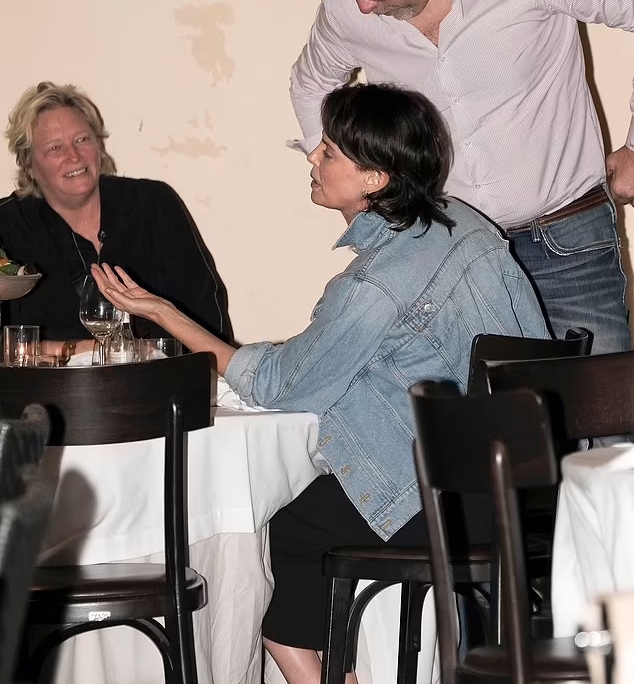 Outing: She looked in high spirits as she took time off work for the family outing and enjoyed a glass of wine with her mother Gerda

The premise of the film follows a group of mercenaries who are secretly immortals with the ability to heal themselves.

However, when they are exposed, they have to fight to keep their identity a secret.

In a joint interview with Esquire upon the release of the first film, Theron discussed what made her interested in the project.

‘The first thing that got me excited, was the world,’ the Mad Max: Fury Road actress stated. ‘I loved this juxtaposition of big sci-fi with intimate emotion.’

Thank you for dining again with us, it is always a

#whitenight at Pierluigi Restaurant is in fashion.

Two of the most iconic contemporary artists of our

Our friends Newt and Callista never miss a chance

Every night there is a surprise in our restaurant.

Welcome back to our restaurant madame @speakerpelo