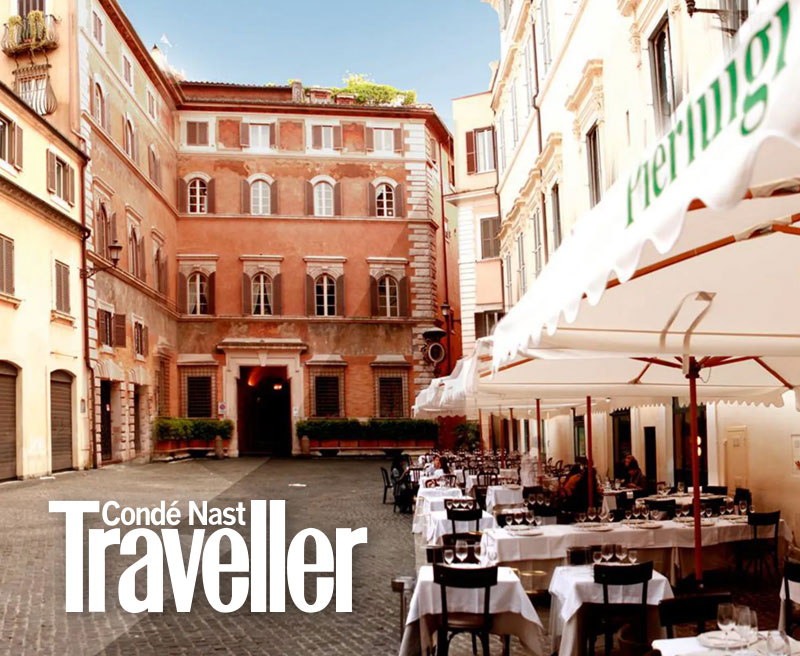 Skip the tourist traps and follow our expert, Lee Marshall, to the best restaurants in Rome – from romantic traditional trattorias to high-end dining with knock-out views (plus the perfect pizzeria)
BY LEE MARSHALL 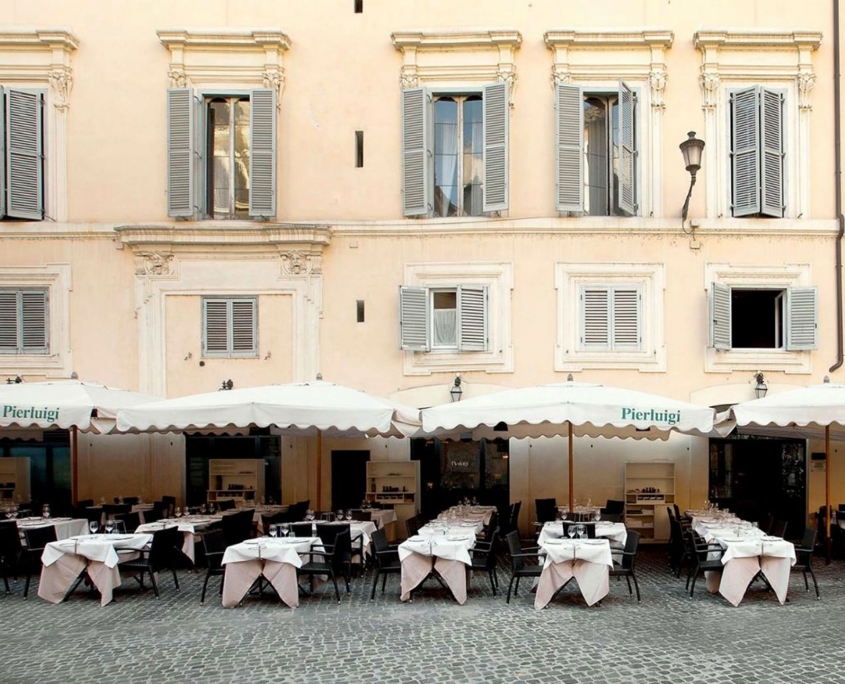 If you were visiting a well-heeled, globetrotting uncle with a pied à terre somewhere near Piazza Navona (you are?), he’d probably take you for lunch at Pierluigi. The ultimate ‘posh’ Roman trattoria, it was chosen by Mark Zuckerberg and Priscilla Chan for a honeymoon dinner in May 2012, and Barack Obama, Hillary Clinton and John Kerry have all eaten here while in Rome on official or informal visits – it’s that kind of place. Occupying one side of pretty, cobbled piazza, it’s a delightful venue for an al-fresco lunch, and could very well rest on its comfortable laurels. But, impressively, it doesn’t. A 2010 makeover piloted by long-time owner Lorenzo Lisi gave Pierluigi a jewel of a cocktail bar, one of the few true examples of the genre in any Roman restaurant, and the hiring of dynamic young chef Davide Cianetti in 2014 upped the game in the kitchen. His approach is to use the freshest ingredients on a menu that pairs Pierluigi classics such as beef fillet with lemon – slow-cooked for 24 hours and served in carpaccio-thin slices – with more creative forays including orecchiette with turnip greens, cuttlefish ragout and taralli crisps. Squeaky-fresh raw seafood features prominently among the starters – match it with a mixed salad with fresh pears, pecorino cheese and pomegranates – a pretty, Impressionist canvas for the ultimate supermodel lunch.

Want to join the discussion?
Feel free to contribute!

A special night yesterday, with the iconic #annawi

While outside the night is beautiful, the hearth o

What a great man @officialdannytrejo we were so gl

A beautiful night is made by great friends, amazin

Another great way to discover more about our count

You are always able to make us dream again #lanazi

People are back on their feet, out of their homes

When you are dreaming of your perfect #italianvaca

Summer is in the air, waiting for all of you for #

A party with family deserves only the best, that i

Great wine become #uniquewine only with #time . Am